Homepage > The Phantom > The Sidewinder

The RAF Phantom originally carried the AIM-9G Sidewinder which gave a stern hemisphere capability.  A heat seeking missile, the Sidewinder tracked the infra-red radiation emitted by the target aircraft’s jet pipes.  It had a much shorter range and was optimised for close combat. 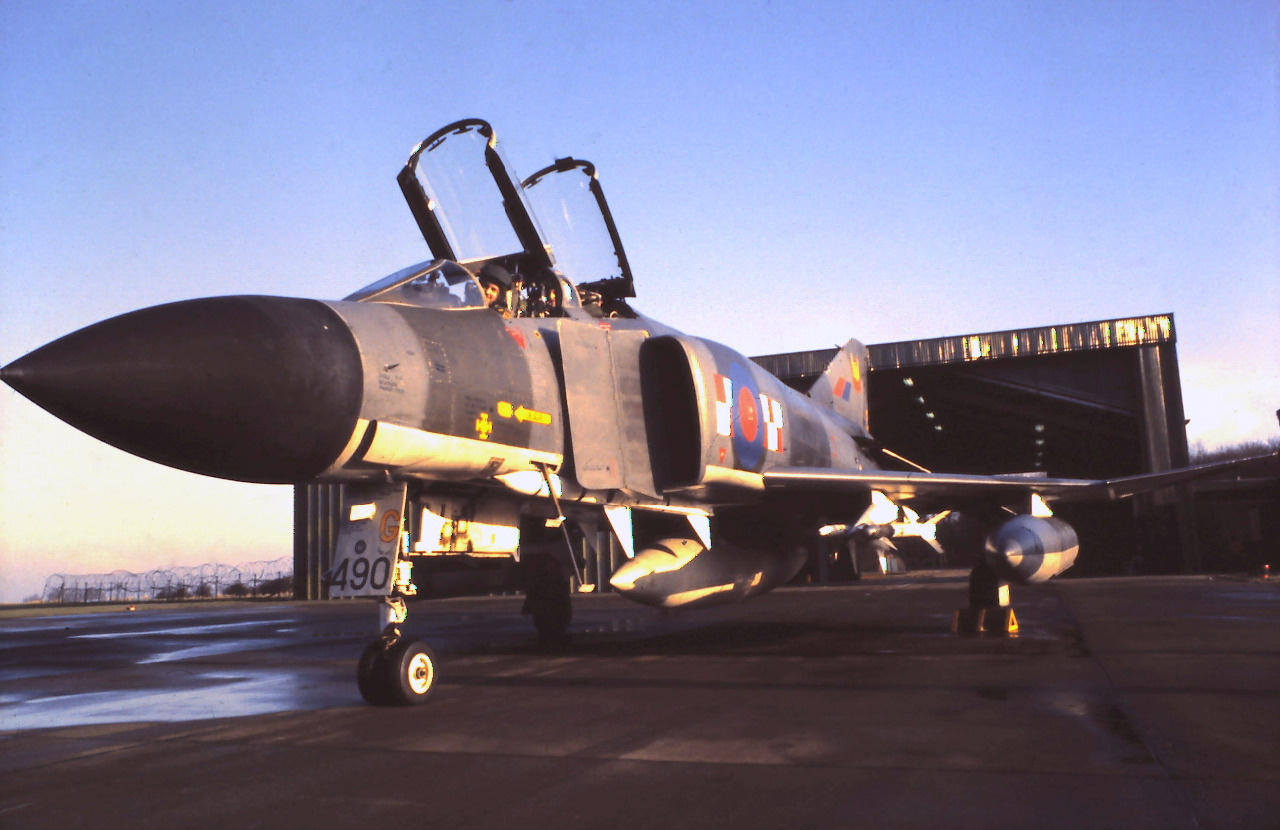 To acquire a target, the Phantom had to be manoeuvred into the targets rear hemisphere or “6 o’clock” where the pilot would lock the seeker head to the target using either the radar or visual aiming.  Unlike the Sparrow and Skyflash, the Sidewinder was a “fire and forget” missile and once it had acquired the target it guided to its target autonomously.

The four moveable fins on the forebody steered the missile in flight.  Four larger fixed fins at the rear provided aerodynamic stability, assisted by small spinning gyros on each fin.  The missile body contained a seeker head, a guidance control system, an autopilot, a warhead a fuse and a motor.  A small revolving disk known as reticule sat behind the glass dome.  This was a complex design which sensed the angular displacement of the heat source away from the missile’s centreline.   Until it left the aircraft, the Sidewinder seeker head was cooled by liquid coolant from a bottle which fitted into each LAU7 missile rail. The coolant was fed to the missile head lowering the temperature of the seeker. Once the target exhaust had been acquired, the missile generated a warbling tone in the crew’s headsets known as the Sidewinder “growl”. After launch the reticule in the seeker head sensed movement off the boresight and commanded the control fins to deflect, steering the missile in the air. As the missile entered the terminal guidance phase, a fuse sensed the proximity of the target and sent a detonation pulse to the warhead.

Fitted following the Falklands war, the later AIM-9L was an all-aspect weapon and could be fired in the front hemisphere. It could be distinguished by the double delta forward canard configuration and small glass windows immediately behind the canards which housed an upgraded fuse

Acquisition rounds were also available for training purposes.  A fully capable seeker head was fitted to a missile body and could be carried on the LAU7 missile rail.  Although missing the control fins, the seeker head was fully functional giving the same cockpit indications as a live missile.