Homepage > The Phantom > The Radar

The Westinghouse AN/AWG 12 pulse Doppler radar fitted to the RAF Phantoms was similar to the system fitted in the US Navy Phantoms but differed markedly from the simpler pulse set fitted in USAF F4s. For its era it was a powerful and capable system which gave a true look-down, shoot-down capability. 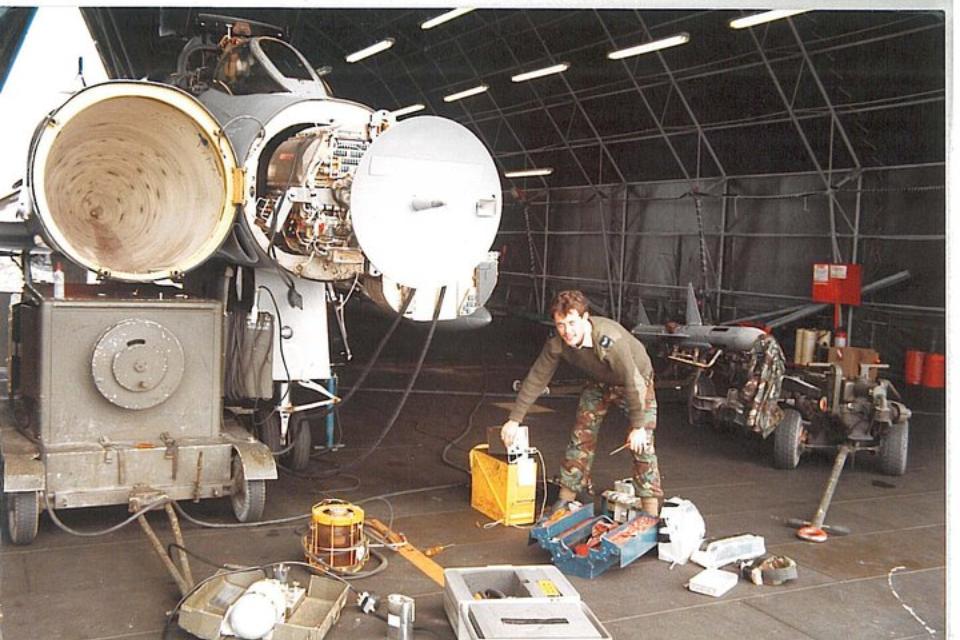 This picture by Mick George shows Henry Chapman, an MCS tradesman, working on an AWG12 at RAF Stanley.

Known as the Missile Control System or MCS and controlled by the navigator in the back cockpit the main controls were the display unit, the navigators hand controller and the radar control panel. The pilot had simple pilot lock mode for air-to-air combat. 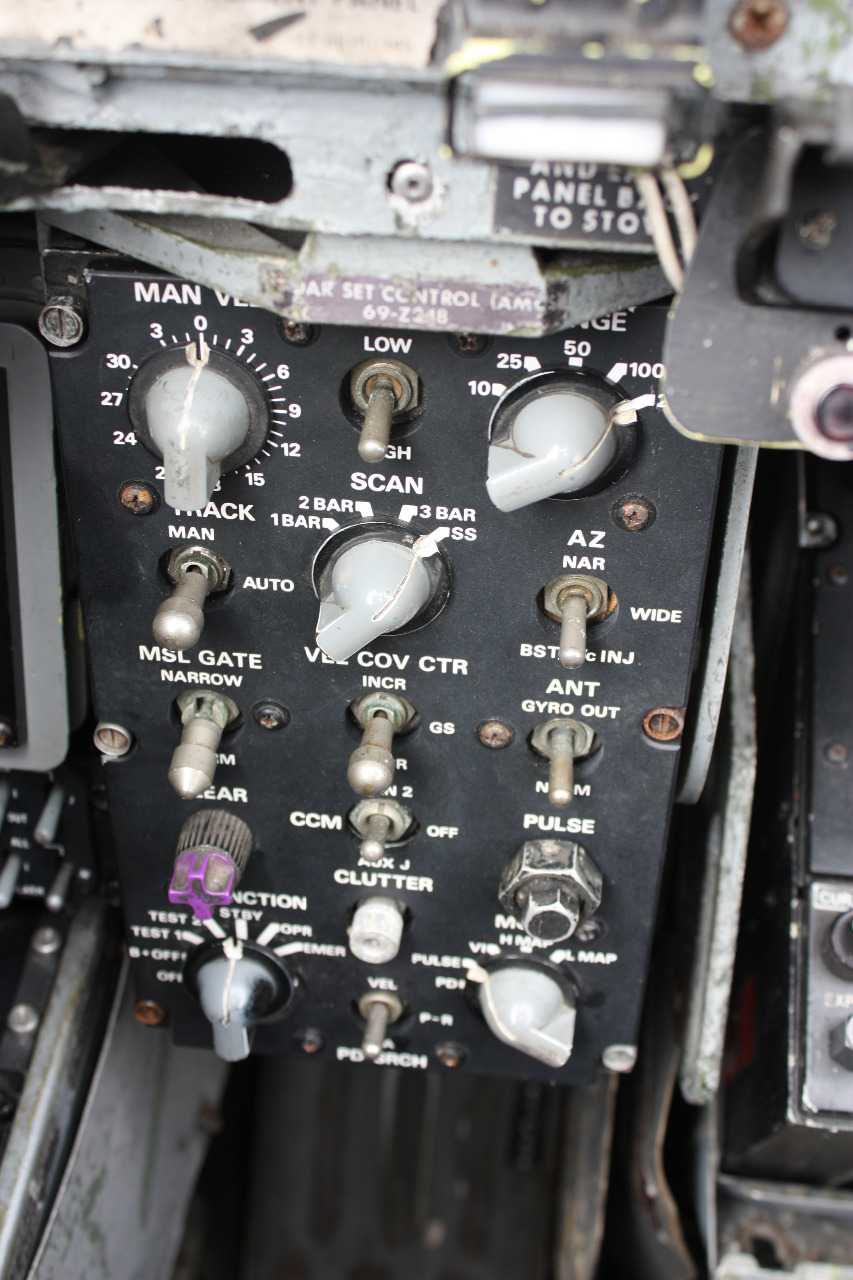 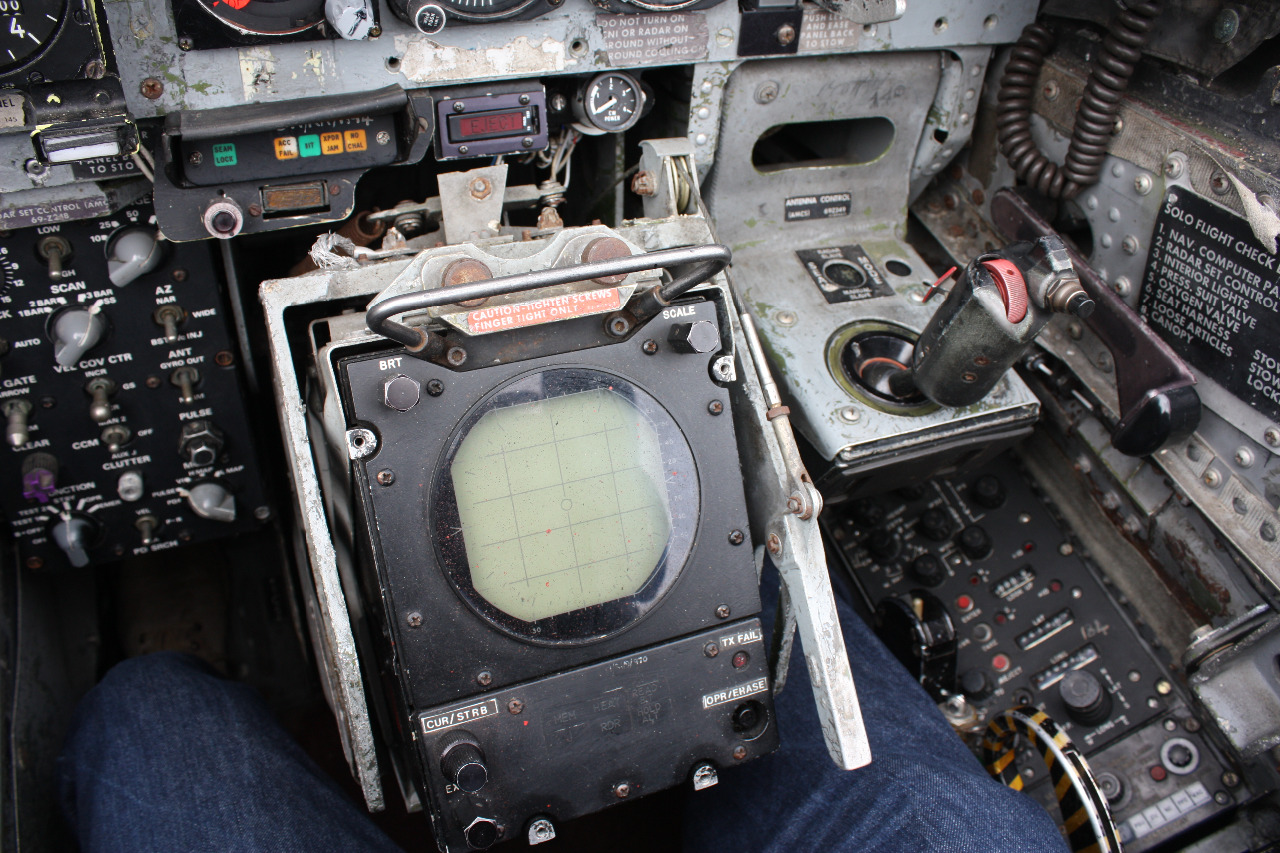 There were three main modes: the primary pulse Doppler (PD), pulse and mapping. A short range “visident” mode allowed the navigator to control the pilot into extremely close ranges to identify a target in cloud or at night.

Normally scanning out to 60 degrees either side of the nose and 60 degrees above and below, once commanded to lock up by the navigator using the radar hand controller in the back cockpit, the radar would automatically track the target

The displays were known as a “B Scope” in which the baseline close to the aircraft was expanded out to 60 degrees from the nose. This allowed accurate control of targets at close ranges. Although in pulse mode the crew saw a traditional range versus azimuth display, in PD mode only azimuth and velocity was displayed until the navigator locked on. In order to fire a semi-active Sparrow or Skyflash missile, the radar had to be locked on at which stage a continuous wave radar illuminated the target providing tracking information for the missile. The pilot had a repeater display in the front cockpit to monitor the radar picture. 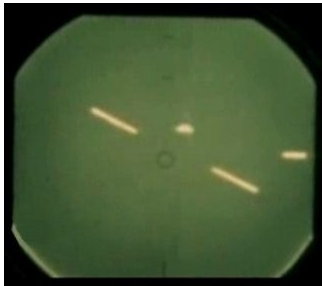 The radar also had a number of innovative electronic countermeasures modes to counteract jamming from an opponent. These allowed the navigator to manually track targets when the radar was jammed and to control the speedgate in the missile to prevent it being seduced electronically.